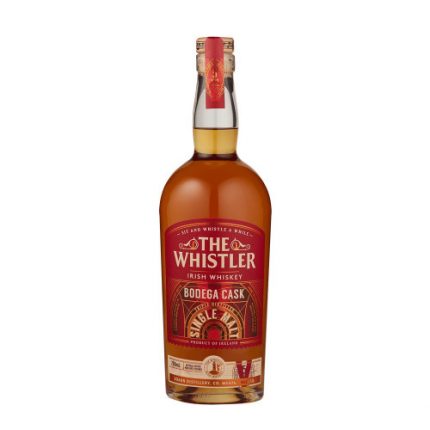 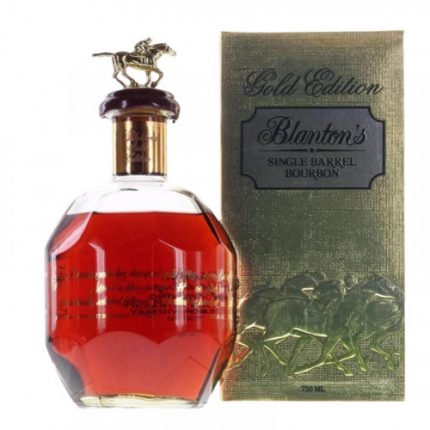 Crafted for the Japanese market, this Blanton’s expression is made with Buffalo Trace high-rye mash #2. Aged 8 years in new charred American oak, it’s bottled at 80 proof.

In the winter of 1881, Albert Bacon Blanton was born on a farm situated just outside of Frankfort, Kentucky. At the age of 16, Blanton began working at the Old Fire Copper Distillery (often abbreviated O.F.C. Distillery) as an office boy. Over the next few years, Blanton reportedly worked in every department at the distillery.

By the age of 20, he was appointed the superintendent of O.F.C, and worked there until his retirement in 1952.

Much like his mentor, E.H. Taylor, Blanton was a traditional bourbon aristocrat, wedded to the production of Kentucky straight bourbon whiskey.

Blanton identified a certain section of Warehouse H at his distillery, which he believed was the best for aging bourbon, and would personally select individual barrels from the section to bottle for his own private reserve.

Today, Blanton’s Original Single Barrel Bourbon Whiskey is still aged in the same section of Warehouse H as Blanton’s Private Reserve was over 50 years ago.

Made from the high-rye Buffalo Trace mash bill of corn, rye, and malted barley, the Black Label Bourbon expression is made exclusively for the Japanese market. It has spent 8 years in new charred American oak before being bottled at 80 proof.

Grab one of these unique and rare bottles today!

There’s caramel, vanilla, apple, cherry, dark sugar, and plenty of oak making itself known on the nose. Vanilla and fruit are on the palate with oaky undertones and a pleasant sweetness throughout. The medium finish is smooth and well-rounded with lingering vanilla.
Reviews (5)